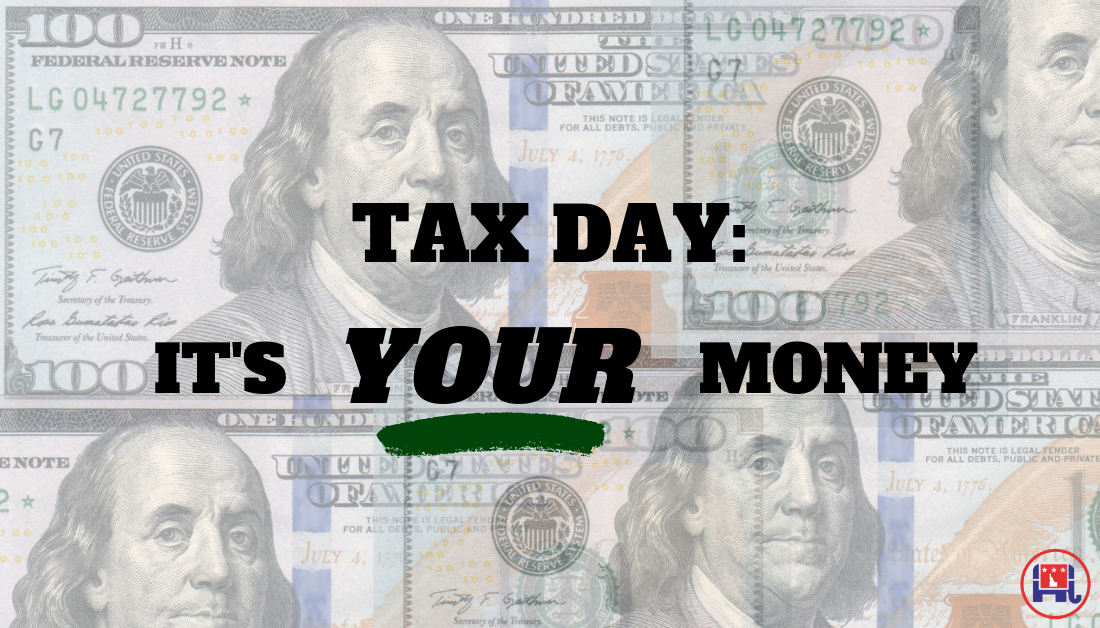 Today is Tax Day, and Republicans at the state and federal levels are working to make this day less tough for taxpayers.

We know that every tax dollar government spends comes from you, your family and your business. We believe in being fiscally conservative with your tax dollars, governing responsibly, and returning as much of your money back to you as possible.

LOWER TAXES FOR THE PEOPLE OF IDAHO

Here in Idaho, we are ranked as the 8th-best state in the nation for Tax Freedom Day. We will continually strive for a more fiscally responsible, limited government that spends your tax dollars wisely: 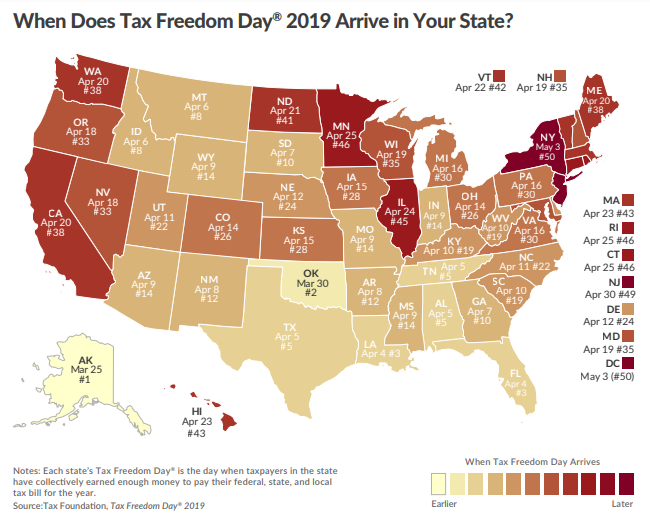 In 2018, Republicans in the Idaho Legislature passed, and the Governor signed, a tax cut bill that 1) Prevented an increase in the state income tax (due to changes in the federal tax code), 2) Cut the state income tax rate for all taxpayers from 7.4% to 6.925%, and 3) Increased the per-child tax credit to $205 per child: 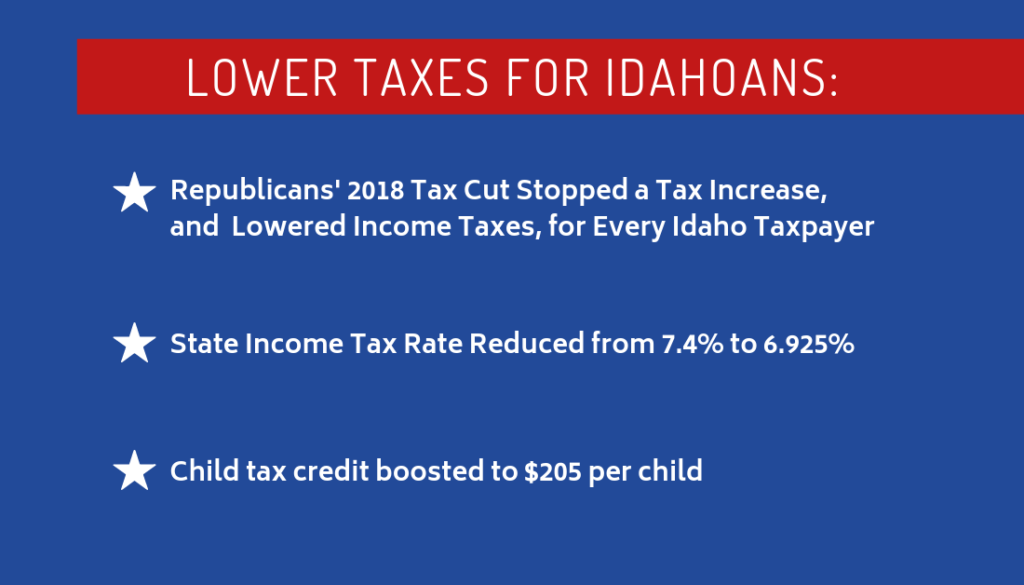 At the federal level, this year’s Tax Day is a little less painful for American workers thanks to President Trump and Republicans.

The Tax Cuts and Jobs Act has delivered for hardworking taxpayers:

The Tax Cuts and Jobs Act has sparked the economy:

“The economy is growing, unemployment is down, blue-collar wage earners are growing faster than their white-collar counterparts, women have reentered the labor force.”