Most of us know Idaho is a great place to live, work and raise a family. We have a thriving economy, a jobs climate that is improving by leaps and bounds, an education system that is benefiting from ongoing new investments and reforms, family-friendly values, and a strong devotion to our Constitutional rights.

You may not get that impression from reading some of the news coverage that focuses largely on the negative, or from the Down-on-Idaho Democrats in the state Legislature and elsewhere who call Idaho a “scroll-down state” and cherry-pick statistics to try to make Idaho look bad, but a lot of great things are happening here!

Under Republican leadership, our state is doing very well — and here we’ll share some of the positive rankings and statistics about Idaho:

Brand-new numbers from the U.S. Department of Labor’s Bureau of Labor Statistics show Idaho leads the nation, along with Utah, for yearly employment gains.

Idaho is first in the nation for growth in median household income, according to the most recent (published Sept. 2017)

numbers from the U.S. Census Bureau.

The U.S. Commerce Department’s Bureau of Economic Analysis released numbers in March that showed Idaho leading the nation in earnings growth, and second in the nation in personal income growth.

In June the career website Zippia published its analysis of 2018’s best job markets . Pocatello, Idaho Falls and Boise all ranked in the top 100.

Pocatello is 28th, Idaho Falls 52nd and Boise 97th. You can read our news release here.

Given how much Idaho taxpayers have invested in boosting teacher 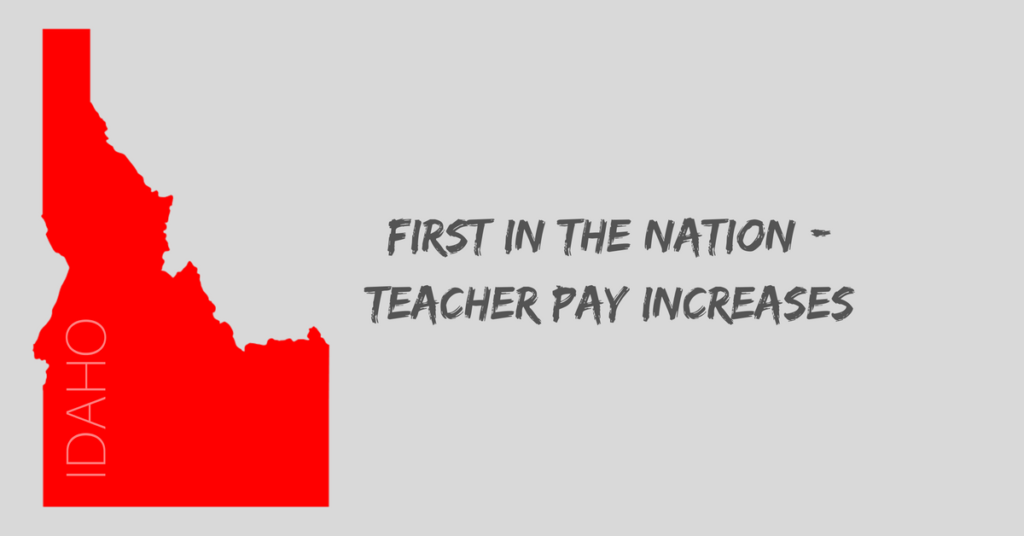 pay over the past several years, we were surprised when we saw a recent headline touting a national report that said Idaho teachers are the lowest-paid in the nation (it’s a statistic that has since been repeated by some Democratic candidates).

As it turns out, the report is based on significantly out-of-date numbers, as noted here by State Board of Education President Linda Clark. The report covered four years ending in 2015, which was the very year Idaho began implementing its “Career Ladder” teacher salary increases.

But where Idaho really stands out is in the NEA’s 2018 Estimates: For 2017-18, Idaho is first in the nation, by far, for percentage increases in both teacher and instructional staff salaries!

Here is some context for these numbers: 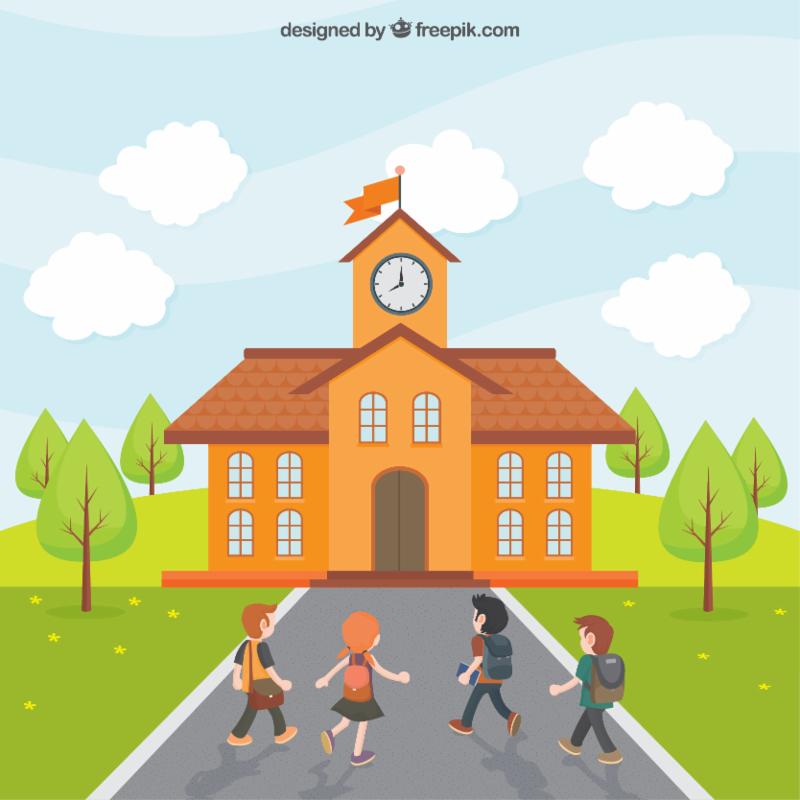 Democrats and other commentators are fond of selectively touting bad statistics about education in Idaho. To counteract that negative narrative, here are some other stats that paint a more balanced picture. The set of four bullet points below is from the National Association of State Budget Officers annual report on state expenditures — the most recent one was published in September 2017:

Idaho 5th in the Nation for College-Ready Students

In July, U.S. News & World Report, which partners with McKinsey &

Company on its research, ranked Idaho 5th in the nation for college-ready students. You can read the story here. A link to the page for Idaho is here.

CNBC published its list of top states for business on July 10, and Idaho tied for 11th. In its profile of Idaho, CNBC said “The Gem State is attracting jobs with a booming manufacturing sector. But it needs to invest in education.” Which is exactly what Idaho has been doing: For four years in row, we have added more than $100 million per year in new funding for our schools. And we are heavily focusing on career & technical education.

The Democratic candidate for governor, Paulette Jordan, caught our attention recently when she told a group of Democratic Party activists in Twin Falls that Idaho has “the worst income inequality in the country.” It didn’t sound right, so we checked. In fact, Idaho is tied for eighth-lowest income inequality in the U.S., according to the Census Bureau.

Additionally, Census Bureau numbers show that, using the Supplemental Poverty Measure as an indicator, Idaho has the eighth-lowest poverty rate in the nation.

Idaho 2nd in the Nation for Healthcare Openness & Access

In June the Mercatus Center at George Mason University issued 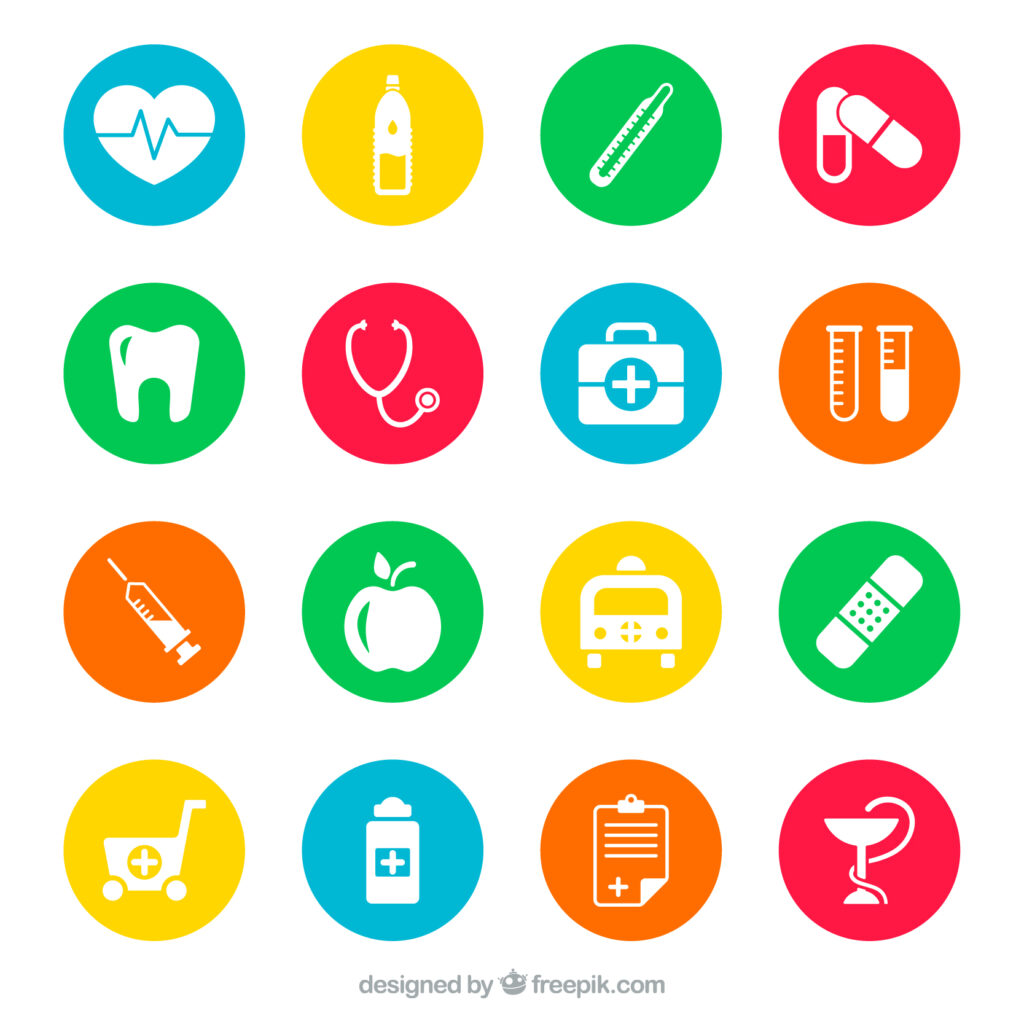 new rankings for its Health Care Openness and Access Project. Idaho is ranked 2nd in the nation!

Mercatus’ index “measures how open and accessible each state’s healthcare system is to patient and provider preferences.” You can read more about Idaho’s ranking here.

This ranking came out several months ago, but we happened upon it only recently when we heard Democratic gubernatorial candidate Paulette Jordan tell Twin Falls County Democrats last weekend that Idaho is “50th in the nation on almost every single function of our government and our society.” As you can see for yourself, this is far from the truth.

You can read our blog post on it here.

The website Bankrate two weeks ago published its rankings of the best and worst states for retirement. Idaho is ranked Number 3! You can read the story here.

Idaho Has Lowest Construction Unemployment Rate in the Nation

The Associated Builders and Contractors reports that in the month of June, Idaho had the lowest unemployment rate for construction jobs in the nation, at 1.7 percent: 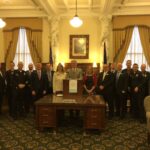 March 23, 2018 A bill giving police the ability to arrest those who make credible…

May 9, 2018 Code.org, one of the nation’s leading advocacy groups for computer science education,…