Boise – Idaho, along with Utah, leads the nation in yearly employment growth according to new data released last week by the U.S. Department of Labor’s Bureau of Labor Statistics.

“This is great news for Idaho workers and employers,” said Idaho State Republican Party chairman Jonathan Parker. “With Republican leadership, we are showing that fiscally responsible, pro-growth policies result in more jobs and a better economy.

“And once again, the Democrats’ negative, Down-on-Idaho rhetoric doesn’t hold up. While they promote California-style politics, Republicans are reflecting the Idaho values of lower taxes, responsible government spending and less burdensome regulations. Those are the values that make us great and will keep making us better.” 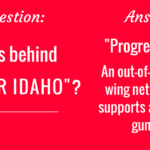 Out of state left-wing group “Better Idaho,” which supports gun ban, teams up with Idaho teachers union on attack ads

April 5, 2018 Boise – Attack ads against legislative Republicans have been popping up in… 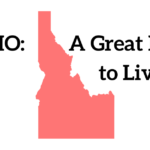 The numbers tell the story: Idaho’s economy is getting better & better