Boise – Attack ads against legislative Republicans have been popping up in newspapers around the state. That’s not a surprise since it’s campaign season, but what’s noteworthy are two groups funding the ads, “Better Idaho” and the “Idaho Opportunity Project.”

“Better Idaho” claims to be made up of Idahoans devoted to making the state more progressive. However, it is part of the national ProgressNow and Democracy Alliance networks, which are funded by a virtual who’s who of wealthy leftist donors.

The domain name for the “Better Idaho” website is registered with ProgressNow in Minnesota.

Among other left-wing causes, “Better Idaho”/ProgressNow supports a sweeping gun ban that would make illegal many if not most of the firearms (including handguns) being sold in the U.S. today, and stopping banks and credit card companies from doing business with gun sellers.

This extreme agenda would hit Idaho’s economy hard. Home to many firearms manufacturers, Idaho was recently ranked 1st in the nation for jobs in the firearms industry and has one of the highest gun-ownership rates in the nation.

The other group paying for the attack ads is “Idaho Opportunity Project.” You’d never know it from its name or website, but it serves as a front group for the Idaho Education Association, the state teachers union. Ironically, one of the ads attacks a Republican legislator for allegedly being against public disclosure. Nowhere on the ad or on the group’s website does the group disclose it is fully funded by the teachers union.

“Everyone has a right to participate in the political process, but to hide behind front organizations and pretend you’re Idahoan when you’re funded by out-of-state donors is not being honest with the people of Idaho,” he said.

“If you can’t be straight with voters about who you are and where you’re getting your money, why should voters trust anything you say?

“Idahoans cherish their Second Amendment rights. I don’t think they’ll appreciate an out-of-state group, which isn’t just liberal but extreme left, coming here and trying to push its agenda through subterfuge. ‘Better Idaho’ clearly doesn’t reflect the views or values of the vast majority of Idahoans.”

Idaho, along with Utah, leads the nation in yearly employment growth according to new data… 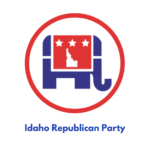 Jan. 5, 2019 At its winter meeting in Boise today, the Idaho Republican State Central…