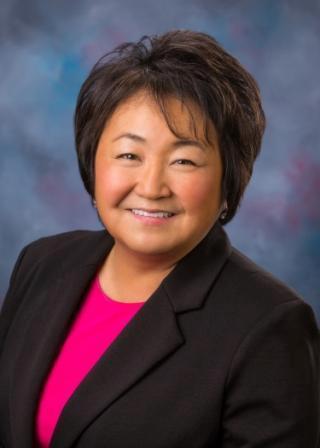 Boise – State Rep. Julie VanOrden, R-Pingree, wants to get some things straight: Republicans didn’t vote this week to gut science teaching standards for Idaho schools, nor did they strip the standards of all references to climate change.

VanOrden felt the need to speak out after a week of what she called “inaccurate, to put it mildly” characterizations of action in the House Education Committee, which she chairs.

On Wednesday a majority of members on the committee voted to approve 326 out of 327 standards developed under the guidance of the State Board of Education. The standards cover all the major subjects of science from grade K through 12, and represent a shift towards a more inquiry-based mode of instruction.

The one standard that was removed was for students in fourth grade, and did not mention climate change. It dealt with the effects of human activity on the environment and some members felt it was phrased in a way that would lead students to a certain conclusion rather than letting students arrive at their own conclusions.

VanOrden said other references to climate change and global warming were left in the standards.

“I counted six standards with explicit references to climate change and rising global temperatures, and quite a few others that discussed the environmental impacts of human activity,” she said. “Much of the coverage didn’t include that fact. Indeed, some of the coverage implied that we had either entirely or significantly stripped the standards of any reference to climate change.”

The committee also removed “supporting content,” designed to aid educators in teaching the standards, because a majority of members believed they didn’t need to be in law. Superintendent of Public Instruction Sherri Ybarra said at the committee hearing Wednesday that her office would make the supporting content available to school districts.

“I understand that climate change is an issue that can lend itself to extremism and hyperbole,” said VanOrden. “But I find it ironic that in a debate over science and scientific inquiry, the truth became so distorted. If people want to criticize Republican members for how we voted they are obviously free to do so, but they should at least make their criticisms based on facts.”

Below are six standards, part of a larger set of comprehensive science teaching standards approved Wednesday by the House Education Committee, that contain references to climate change or rising global temperatures. They can be found here in the Aug. 10, 2017 draft of the science content standards. [Emphasis added]

ESS3-MS-5. Ask questions to interpret evidence of the factors that cause climate variability over time.
● Further Explanation: Examples of factors include human activities (such as fossil fuel combustion and changes in land use) and natural processes (such as changes in incoming solar radiation and volcanic activity). Examples of evidence can include tables, graphs, and maps of global and regional temperatures, atmospheric levels of gases such as carbon dioxide and methane, and natural resource use. (p. 47)

LS4-HS-4. Construct an explanation based on evidence for how natural selection leads to adaptation of populations.
● Further Explanation: Emphasis is on using data to provide evidence for how specific biotic and abiotic differences in ecosystems (such as ranges of seasonal temperature, long-term climate change, acidity, light, geographic barriers, or evolution of other organisms) contribute to a change in gene frequency over time, leading to adaptation of populations. (p. 53)

ESS2-HS-2. Analyze geoscience data to make the claim that one change to Earth’s surface can create feedbacks that cause changes to other Earth systems.
● Further Explanation: Examples should include climate feedbacks, such as how an increase in greenhouse gases causes a rise in global temperatures that melts glacial ice, which reduces the amount of sunlight reflected from Earth’s surface, increasing surface temperatures and further reducing the amount of ice. Examples could also be taken from other system interactions, such as how the loss of ground vegetation causes an increase in water runoff and soil erosion; how dammed rivers increase groundwater recharge, decrease sediment transport, and increase coastal erosion; or how the loss of wetlands causes a decrease in local humidity that further reduces the wetland extent. (p. 67)

ESS2-HS-4. Use a model to describe how variations in the flow of energy into and out of Earth’s systems result in changes in climate.
● Further Explanation: Examples of the causes of climate change differ by timescale, over 1-10 years: large volcanic eruption, ocean circulation; 10-100s of years: changes in human activity, ocean circulation, solar output; 10-100s of thousands of years: changes to Earth’s orbit and the orientation of its axis; and 10-100s of millions of years: long-term changes in atmospheric composition.
● Content Limit: Assessment of the results of changes in climate is limited to changes in surface temperatures, precipitation patterns, glacial ice volumes, sea levels, and biosphere distribution. (p. 67)

ESS3-HS-1. Construct an explanation based on evidence for how the availability of natural resources, occurrence of natural hazards, and changes in climate have influenced human activity.
● Further Explanation: Examples of key natural resources include access to fresh water (such as rivers, lakes, and groundwater), regions of fertile soils such as river deltas, and high concentrations of minerals and fossil fuels. Examples of natural hazards can be from interior processes (such as volcanic eruptions and earthquakes), surface processes (such as tsunamis, mass wasting and soil erosion), and severe weather (such as hurricanes, floods, and droughts). Examples of the results of changes in climate that can affect populations or drive mass migrations include changes to sea level, regional patterns of temperature and precipitation, and the types of crops and livestock that can be raised. (p. 69)

ESS3-HS-5. Analyze geoscience data and the results from global climate models to make an evidence-based forecast of the current rate of global or regional climate change and associated future impacts to Earth systems.
* Further Explanation: Examples of evidence, for both data and climate model outputs, are for climate changes (such as precipitation and temperature) and their associated impacts (such as on sea level, glacial ice volumes, or atmosphere and ocean composition).
* Content Limit: Assessment is limited to one example of a climate change and its associated impacts. (p. 69)

Below is the one standard that was removed by the committee:

ESS3-4-1. Obtain and combine information to describe that energy and fuels are derived from natural resources and their uses affect the environment.
● Further Explanation: Examples of renewable energy resources could include wind energy, water behind dams, and sunlight; non-renewable energy resources are fossil fuels and atomic energy. Examples of environmental effects could include negative biological impacts of wind turbines, erosion due to deforestation, loss of habitat due to dams, loss of habitat due to surface mining, and air pollution from burning of fossil fuels. (p. 26)